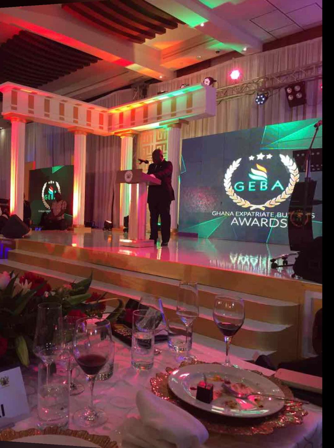 Maersk Ghana (ICC Ghana Premium Member), was recently crowned as a leader in ‘Road, Transport & Shipping’ at the first edition of the Ghana Expatriate Business Awards for its outstanding contributions, accomplishments and service towards the development of the logistics and shipping sector in the country.

The award recognizes Maersk for its exceptionally high standards service quality and increase in business activities.

The Ghana Expatriate Business Awards was instituted by the Ministry of Trade and Industry in partnership with Millennium Excellence Foundation to honor international businesses for their immense contributions towards economic development in Ghana.

To be conducted as a biannual affair, the Awards recognizes the role and impact of expatriate-led businesses in enhancing local economic diversification efforts, raising the standard of living for locals and supporting job creation, while attracting foreign direct investments (FDIs) into the country.

The awards were attended by high-level government dignitaries, Ghanaian and expatriate business leaders, and members of the media.

President Akufo Addo who was the Guest of Honour disclosed that government would issue the remainder of the energy bond by the end of the first quarter of 2018. He believes the development would strengthen the financial sector and develop industry sector.

Recounting the impact of the power crisis on industries operations over the last three to four years, the President stressed efforts put in place to stem the situation for at least the past one year. In his view, the energy bond has been strategic to address one major issue facing the sector. In all, 27 companies were awarded for their contribution to Ghana’s economy.
Zenith Bank and Standard Chartered Bank emerged winners for the best expatriate businesses in banking and finance.
Airtel-Tigo picked the award for ICT, with Nexans Kabelmetal picking the best expatriate business in the electricals and electronics category. Other award winners included; Coral Paint for chemical, Nestle, Japan motors as well as Printex for food and beverages, automobile and textile and garments respectively.