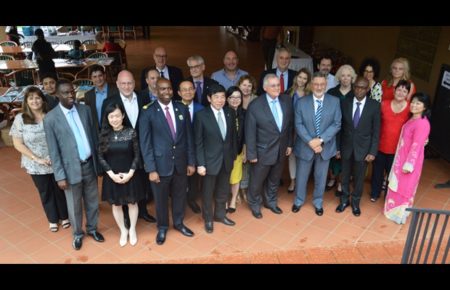 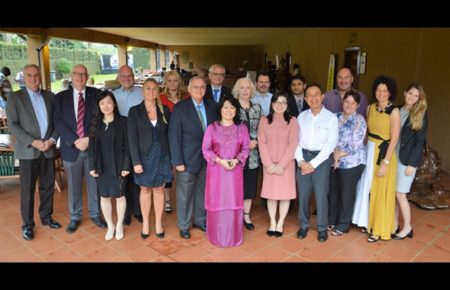 The WCO Private Sector Consultative Group (PSCG) had their 42nd Meeting from 12 to13 March 2018 in Kampala, Uganda at the invitation of Mr. Dickson Kateshumbwa, Commissioner of Customs, Uganda Revenue Authority (URA). The meeting was chaired by John Mein from PROCOMEX.

The group reviewed and discussed the outcomes of the WCO SAFE Working Group (SWG) held in February 2018, the WTO Trade Facilitation Agreement (TFA) implementation and the 1st WCO E-commerce Conference held in February 2018 in China, among other things. The PSCG recognised the extensive inter-sessional work undertaken by the SAFE review subgroup for the finalisation of the SAFE 2018.

The PSCG had a fruitful and meaningful dialogue with Dr. Kunio Mikuriya, WCO Secretary General, Mr. Dickson Kateshumbwa, Commissioner of Customs, URA, and the Chair of the WCO Council, Mr. Enrique Canon from Uruguay. The meeting also had several local and regional private sector representatives that joined the meeting on Day 2 to discuss the possibility of a regional private sector group for the East and Southern Africa (ESA) region.